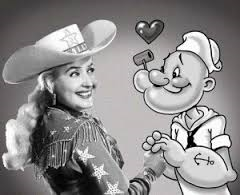 I went to a writers workshop in Phila about two weeks ago where I “pitched” the book I wrote to two agents. I’ve done this three times now and the response in generally the same. They look down, they look up, then they look away. A sad expression is wiped away by a serious one when they say, “First, I am so sorry…, you are so brave…, but I really don’t want to read past your first page….” or something to that effect. I’ve written to, well lets say to a lot of agents and the few who respond tell me “it’s not the type of work we represent…but this is subjective so…blah blah blah.” What they don’t say is, “When we said we accept memoir, we meant something like Hulk Hogan and when we meant serious we meant something like what it must feel like for Eli Manning to always be compared to his older brother and when we meant real we meant  Bruce Jenner real.

But the last thing the workshop speaker told us was to put down the TV remote which was code for write more. The problem is I live a lot of my life in sit com mode. At work we are supposed to be so serious, so cerebral, sometimes I want to puke so instead I laugh. I see the psychiatrist pontificating like he’s Lord, the Social Worker just bitting her lip, and the psych tech just trying to make ends meet and the Corpsmen just taking it all in and I think, Hey this could be a show! Truth is I don’t make a lunch the night before cause it would be like admitting I’m going to work the next day. So I get up late and sometimes get there on time. Problem is when I’m early, no one notices. When I’m late, I get phone calls, concern, you know real attention. I’m expected to be there the same time- every day. Sounds like work. I think someone could stand at the door 15 minutes before work with a chai latte and biscotti and there’s a very good chance I’d be there too. Now that’s a show.

Put down the remote?

Before there was  Blue Bloods there was Barney Miller and before Barney Miller was Car 54 Where Are You. Before Dr Ken there was St Elsewhere and before St Elsewhere, Marcus Welby and Dr Killdare. Before Last Man Standing, Tim the Tool Man and before him, Eddies Father, and before him Ward and Ozzie (and not the Ozzie that bit off bat’s heads and now sounds like Cousin It.) Before cartoons were neutered there was Pepe Le Pew, Yosemite Sam, and Snaggle Puss who was either a pioneer in the identity movement or just had a great vocabulary.

I learned how to be a husband from Jackie Gleeson and Carol O’Conner, how to be in the military from Phil Silvers and Tim Conway, and how to be a dad from Fes Parker. What boy didn’t want to be little Israel in Daniel Boone?

Put down my remote? I get my best stuff from Seinfield. Shoot, the day I realized I was George was one of my  greatest insights and that day my rift at lunch is still talked about. Yesterday I, yes I bought the big salad.

Put down the remote?

5 thoughts on “PUT DOWN THAT REMOTE”